In our commitment to bettering the breed, Sawyer Creek utilizes some of the top ApHC and AQHA stallions in the stock horse industry. While we do not stand stallions to the public, we do have two outstanding young 5 panel N/N stallions on the farm. 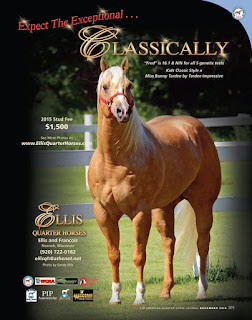 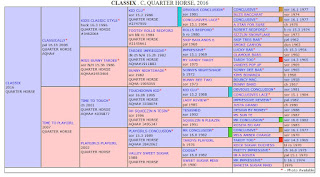 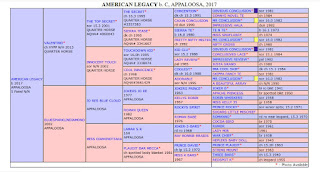 After seeing Valentino in the flesh at Kathy Smallwood's farm, how could we not jump at the chance to own a high quality colored ApHC son! This bay blanketed boy has the look of eagles. Valentino is destined to make his mark on the halter horse industry. Valentino was the 2014 AQHA Reserve World Champion Open Yearling Stallion, 2014 AQHA Reserve World Champion Amateur Yearling Stallion, 2014 Jerry Wells Memorial Futurity Champion Open and Non-Pro Yearling Stallion 2013 AQHA 2X Bronze Trophy Winner - Open and Amateur Weanling Stallions 2013 WCHA Futurity - Co Champion Jr Colts 2013 WCHA Futurity. He is by the legendary The Top Secret and his dam is Innocent Touch. The truth is, there are so many World Champions and World Champion producers in his pedigree it would take a novel to mention them all. Romeo's dam, Bluesparklindiamond, is a homozygous fewspot mare coming from the renowned program of Jim Lira. She goes back to the legendary ApHC lines of Joker B and Prince Plaudit. Color runs rich through his veins. The good looks of his father, the color of his mother...this colt should be a tremendous producer for Sawyer Creek.